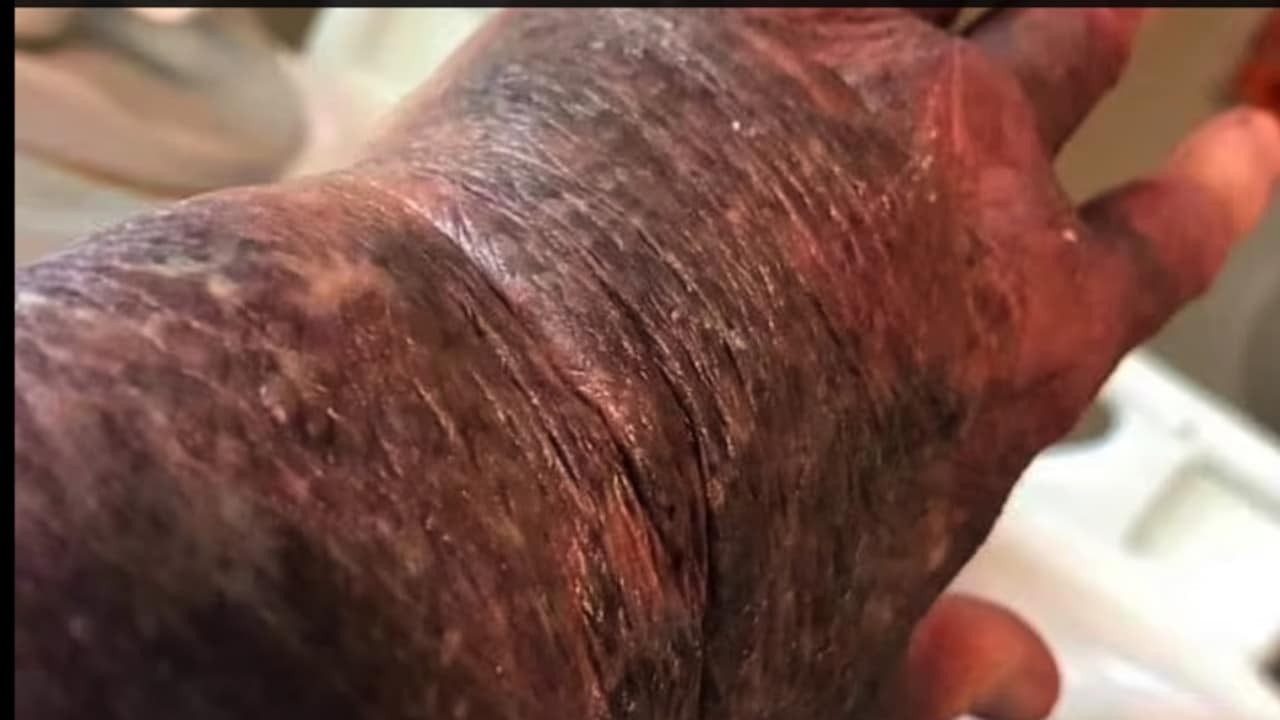 An Aussie grandmother who developed horrific bruising on her body days after receiving the first dose of the AstraZeneca vaccine has been kept in hospital.

Maureen DeBoick, 80, from Western Australia, was flown to the Fiona Stanley Hospital in Perth two weeks ago after the troubling symptoms developed.

“It progressed very quickly to the inside of her gums bleeding and everywhere she touched on her body came out in a huge dark bruise straight away. If she rubbed it, it bled,’ her daughter Trudy Love said.

RELATED: Why McGowan vax photo op is not enough to convince some

She took to Facebook to describe her elderly mother’s condition and share shocking photos of the dark bruising which “progressively got worse all over her body”. Ms Love said the pictures were taken days after her mother received the first dose of the AstraZeneca vaccination.

Her elderly mother had to have two blood transfusions, a bone marrow biopsy and may need to have her spleen removed. Doctors hope she will make a full recovery but Ms DeBoick will remain in hospital for the time being.

The Department of Health is investigating the case.

While doctors are still looking into the cause of Ms DeBoick’s bruising, Ms Love feared it was related to the AstraZeneca vaccine.

Her 80-year-old mother’s second dose has been put on hold.

RELATED: UK advises under-40s to get alternative to AstraZeneca

There have been other concerns about the AstraZeneca vaccine which is also being blamed for five new blood clot cases including a 66-year-old Townsville man currently in ICU and an elderly Tasmanian man in hospital.

The Therapeutic Goods Administration’s weekly safety report said the blood clots were assessed as thrombosis with thrombocytopenia syndrome (TTS) and were likely to be linked to the vaccine.

However, of the five cases, which all occurred within a week, four had since been discharged from hospital and two had now returned to work.

TGA Professor John Skerritt said for every 1000 doses of either vaccine there were between six and seven adverse event reports ranging from fatigue to vomiting or a person having presented to a doctor or hospital after being inoculated.

Overall, there have been some 15,000 adverse event reports to COVID-19 vaccines which had “encouraged” the TGA, Professor Skerritt said.

“These reports are the sorts of things that are associated with any vaccination; generally fever, joint pain, muscle soreness, tiredness, maybe even nausea and vomiting,” he said.

The number of locations offering COVID-19 vaccines will triple next week, with more than 71,000 doses being administered, on average, daily this week. This number is 5000 more than in the previous seven days.

News.com.au has reached out to WA’s Department of Health for a comment.